Yet another woman burnt to death for dowry in India. Previously when I’ve written about dowry deaths on my blog – I’ve received some comments that claim that the law regarding dowry is sometimes used by some women organizations to harass men and to settle scores related to other household disputes.

Well I don’t give a damn – the harassments carry weight only because there are still dowry killings in the country. Stop the killings and any allegations that women organizations make will automatically lose its veracity.

Anyways, two things should be noticed in this Washington Post article:

You can read the entire article here:

Is there a global conspiracy against Congress and more specifically K. Natwar Singh? Haa haa haa, you gotta be kidding me! This is the worst attempt at spinning a news story that I have ever seen.
Here is some background. The Volcker report which was the result of an independent inquiry by former US federal reserve chief Paul Volcker investigating kickback allegations during Saddam Hussein rule just came out a couple of days ago. It mentions our honorable K. Natwar Singh as one of the beneficiaries of kickbacks from Saddam. Natwar feels that it is all due to a global conspiracy against the Congress. Dream on buddy but you and your Congress is not that important in the bigger scheme of things.

“Over the last year, sales surged 11 percent in China and 47 percent in India, a country of a billion people whose seemingly insatiable appetite for gold – for jewelry, temples and dowries – has traditionally made it gold’s largest consumer.”

This is just one of the facts mentioned in this brilliant piece of journalism from New York Times. It is one of those articles which make you think about things that you never thought affect you.

Chinese get the blame for making exotic species of animals extinct in their pursuit of aphrodisiac, the Americans get the blame for global warming for consuming too much energy and here we as Indians are doing our part in contributing to a ticking environmental bomb that comes from the ways in which gold is mined. 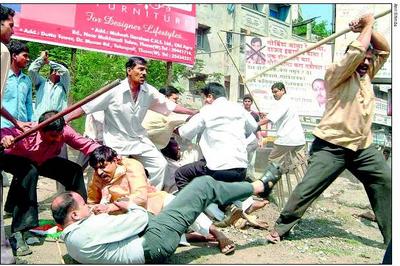 This is the level of political discourse in the country – bravo!